At present, almost 17 million people in Germany live in single-person households. Just over half, namely 8.7 million of these are women and 8.1 million are men. Environmental psychologists can determine whether a man or woman lives in a certain single home, simply by looking at the kitchen facilities. Obviously, traditional patterns still play a major role, as men prefer practicality where women tend to go for homeliness.

Men’s kitchens look tidy, practical and reduced. Men primarily create a functional condition in their kitchens. State-of-the-art technology always plays a large role here. So, in a purely male household, it is natural to frequently find an induction hob with an integrated extractor hood, an ultra-quiet dishwasher, a hyper-modern energy-saving fridge with a built-in ice cube dispenser, and lots of electrical kitchen appliances that are ideally app controlled. The furniture in male households is usually simple and functional. “Many men are unaware of this reduction to the essentials, as their focus simply does not include decorations that create a homely atmosphere“, says Volker Irle, Managing Director of the Arbeitsgemeinschaft Die Moderne Küche e.V. (AMK). Women, on the other hand, often consider that such a reduction looks empty, and describe such kitchens as cool and uncomfortable. They know instinctively that relaxed communication benefits from a pleasant environment. For women, herbs and colours belong in the kitchen just as atmospheric lighting and objects and utensils that appeal to the senses and feelings. “Of course, single women also want modern kitchen technology, but to them it is only part of the kitchen and not the only component”; Irle adds. Women like to improvise when actually working in the kitchen and therefore do not need specific kitchen tools for all imaginable purposes. They tend to do without an electric tin opener, an electric lemon squeezer or the powered turbo grill for steaks. Men, however, are fascinated by such technological highlights. “Many women smile at the thought of the app used to start a coffee maker or control the cooking status in the oven, while men stare delightedly at their mobile phones to check when they are away from home“, Irle confirms with a grin.

Usually, cohabitation causes typically male tastes and typically female tastes to adapt to one another. Men’s furniture style mixes with women’s and vice versa, so that both sexes are pleased with the joint home and kitchen. When women and men start off as a pair, the selection of the kitchen furnishings and accessories can cause friction. However, both sexes normally quickly see the advantages of the additional equipment. When it comes to living together, tolerance is always the dish of the day. Women allow their beloved companion his variety of “electric toys” while men put up with the decorations for a homely atmosphere.

But when it comes to food, the situation becomes more serious. And Volker Irle adds: “The latest studies of the Deutsche Gesellschaft für Ernährung (German Nutrition Association, DGE) show that women eat more fruit and men more meat. This results in a certain degree of conflict potential; whose origin goes back to archaic times when men needed more high-energy protein to survive due to their increased physical stress”. Many single men who are unable to participate in women’s advice, tend to choose meat instead of fruit. In a family environment, men will also eat an apple now and again. Vegetables and dairy products are gaining ground for both sexes, by the way. More and more health awareness in nutritional habits is beginning to show. (AMK) 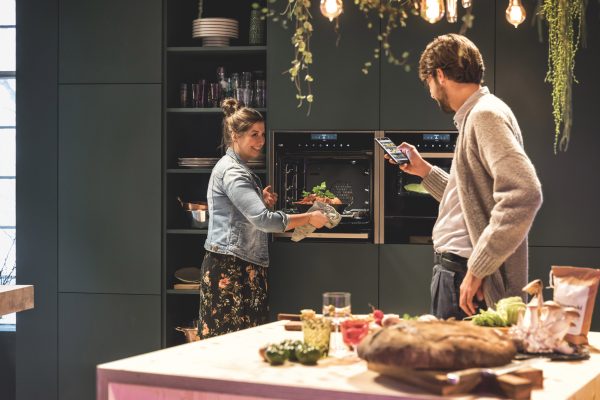 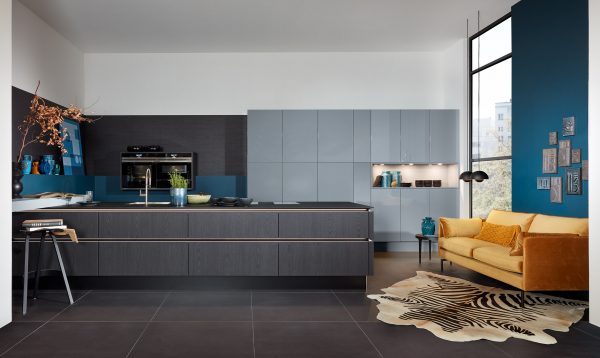 Photo 2:
Everyone feels good in this kitchen. (Photo: AMK) 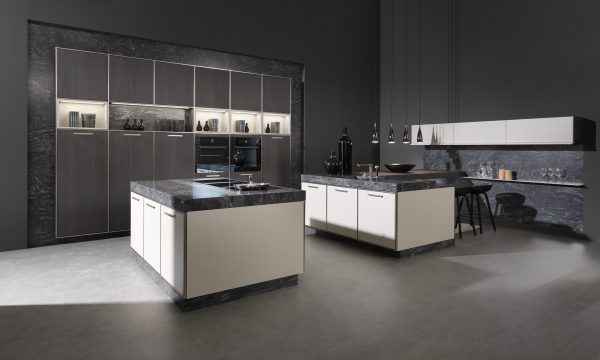 Photo 3:
The stone worktop looks cool. And the muted colours make it appear to be a functional men's kitchen where a lot of cooking is done. (Photo: AMK) 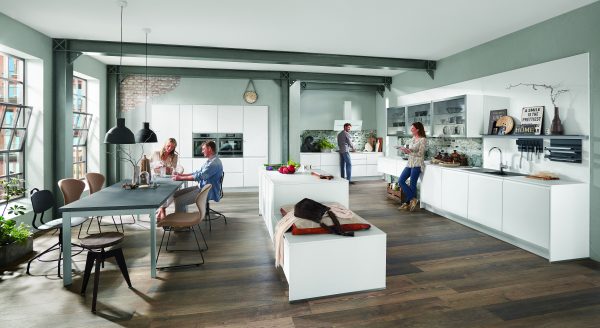 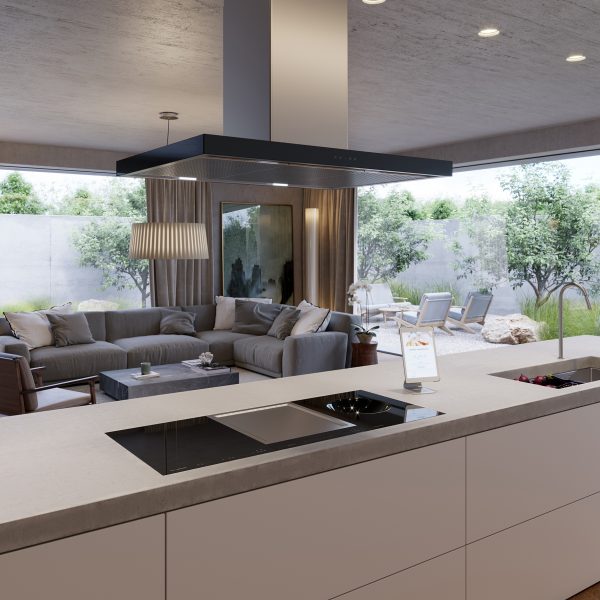